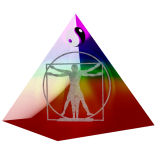 The proof is in the pants …

I just took this picture today, both for my own sense of pride and to share a little of “this too could be you”.

When I first started seriously working on my weight a few months back, I really did not think about taking before and after pics. I chose Team BeachBody because it seemed like it was something I could do, was supposed to work quickly, and frankly I encountered another coach who could help me get started properly. I really paid no attention to the BeachBody Challenge, which is a way for anyone to push themselves and have a chance to win some money for as an added benefit. Money is never a driving force in my life. I just wanted to be healthy again. So I don’t really have any comparable “before” pictures. But rewards are still pretty evident. So what exotic path did I take to get there? The steps were actually pretty easy.

Like I said a simple process. Though maybe not so simple in the execution. That is where coaches and Challenge Groups come in. Support. The extra kick in the butt when ya need it. The pat on the back when that is the better choice. And answers to questions; suggestions; simply new friends. Yep, who knew getting fit could actually change our life in MANY ways?

If anyone wants more details, the specific exercise program I am currently using is called Les Mills Combat (a combination of various martial arts and strength training that frankly kicks butt … sometimes literally!)

My current favorite Shakeology recipe is chocolate with a banana and some peanut butter. Granted, I have not really tried any other flavors yet, so I might be a tad biased right now haha.