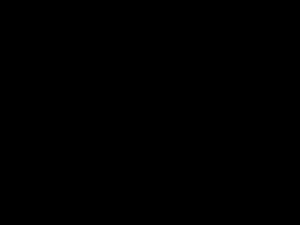 My eyes were open yet I saw nothing.  A darkness so deep that as I waved my hands in front of my face, I could feel the breeze yet find no evidence of my hands with my eyes.  It was a true absence of light.

Did I fear? No.  Because I was in the presence of creation.  And I had arrived here by choice.  Beyond that, I knew, with all my soul, that the darkness could be breached.  And in a very simple way.  With just another choice.

So I breathed in the darkness around me, and opened up my other senses.  I could hear echoes. Echoes that reflected vastness.  Echoes that told me of the life in the darkness.  Life was there, despite my inability to see it.  Again instead of filling me with fear, I was rewarded with a great sense of wonder. My other senses also probed deeply, increasing my awareness of life and creation.  My skin felt the cool air, with a touch of dampness.  I could smell the earthy presence of the future waiting to rise.  Taste it even.  Here was a sampling of what could be, yet also a sample of what had been for a long while.  Mystery awaiting the power of choice.

After a few eternal moments of oneness with nothing…everything…it was time to choose the alternative.  So I allowed my hands to find that which my eyes could not.  A simple flashlight.  Simple I say, yet also a symbol of the power of creation, this time the power that resides within man.  With a flick of a switch, light suddenly filled the vast void that was not a void…almost blinding at first.  And my eyes beheld the beauty of what I had witnessed eyeless before.  With glittering flashes, I saw a cavern of nature’s art,  something that man could only imitate, not create themselves.  This amazing vision of beauty overlaid the  creation of my other senses, adding dimension to it.  The echoes grew, going beyond sound into light.  The wonder of before expanded into awe.

And with another choice I moved away from this wonderful spectacle, to pass through trials and return to my “reality”.  But my “reality” would forever be redefined.  All because of simple choices.  A choice not to fear.  A choice to recognize that darkness only hides; obscures. It does not remove.  A choice to bring back the light, and reveal the wonders that were already there.

This, to me, is the essence of hope.