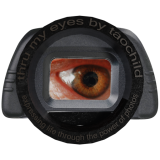 Changing with the world

It has been over a year since my last post here (and much longer on my many other sites). Looking back at some of these last posts, they all say the same thing: “I haven’t posted in a while, here’s my excuse, I plan on doing more … blah blah blah …” The simple truth is in the last few years my life has taken several unexpected turns, resulting in my loss of joy in many activities I used to thrive on. The world has also change much in the same period. I maintained all of my blogs in a basic sense (paying the bills and updating software), but they all basically broke due to the constant updates with minimal supervision. This particular blog essentially had to be restarted from scratch … and I still have a long way to go if I even want to rebuild).

My camera has also been somewhat abandoned, as it is old and I don’t have the funds to replace it (plus I have a lack of the ability to find new subject matter). My image creation has shifted more towards 3d art as of late. For now I seem to be on a “rejoin the world even if only on the internet” kick, and am attempting to rebuild my blogs with the (possibly delusional) belief that I will start them up again. Now that this site is basically functional again (even if lacking much), it seemed an ideal way to restart the blog by sharing some of my recent digital “art”. Essentially I have reworked many of my logos. The new images are a little closer to my original intentions. Better or not is up to the eye of the beholder.